Alcoy, the alternative overflowing with charm and tradition

An excellent alternative to get to know Alicante better and fall in love with its traditions and its people.
May 10, 2021
0 14

The beach or the mountainside. The town of the city. In my opinion, if you truly want to know Alicante in depth, you should stay away from the Mediterranean and dare to explore its interior. Otherwise, you risk missing out on authentic gems in terms of the landscape and culture, such as the one that will be described hereafter, that of Alcoy, birthplace of the poet Juan-Gil Albert and of world-famous singer Camilo Sesto.

Located at an altitude of 562 metres, at the feet of the Sierra de Montcabrer mountain range, Alcoy is a town of 58.994 inhabitants in the north of our province. When heading towards it you will discover it is located in an impressive green landscape of valleys, ravines and hills, with a multitude of bridges, streets and houses at different levels. A dream for motorcycle fanatics and almost as if it had been conceived by Tolkien. You will not be surprised to learn, then, that it is the assembly point for the Costa Blanca Challenge motorcycle touring event, and that it was a strategic enclave during the Middle Ages, with three rings of city walls and about twenty towers, three of which have survived.

As its Archaeology Museum will reveal in detail, its territory has born witness to 40.000 years of history, including hunters and gatherers, Iberians, Romans, Christian and Arab lords, sieges and popular uprisings. In more recent times, industrialisation, including metallurgy and paper, and especially home textiles and the agrifood industry, has shaped the lives of its inhabitants. Its cloths continue to be a popular export product today, and Alcoy recently won a FICTED-Award for its gastronomy fair and culinary oils-tasting projects.

If twelve hiking routes are not enough and you also want to enjoy a fair bit of architecture, Alcoy is a distinguished stop in the European Art Nouveau Route. Apart from numerous private dwellings, its Library, Conservatorium, Fire Brigade House, and especially its cemetery truly delight architecture and design lovers. Do not hesitate its Plaza España either to discover the Llotja de Sant Jordi, a compact subterranean space for exhibitions designed by Calatrava himself, or to visit its remarkable Firefighters’ Museum.

But probably its most well-known claim to fame have always been the spectacular local festivities, those of the Moors and Christians (celebrated annually in honour of Saint-George since 1511), and its Three Kings’ Parade (the oldest of its kind in Spain). For the foreign reader: the former are the commemoration of thirteenth-century battles between Christian and Muslim armies, and the second represent the highlight of the year for children, when Their Majesties will leave some gifts for them during the night. Discover these traditions in detail at the local Fiesta Museum (MAF), especially its impressive collection of costumes.

Because of everything just described, Alcoy represents an excellent alternative to get to know Alicante better and fall in love with its traditions and its people. If, pun intended, you are looking ‘not to always repeat the same story’, visit and enjoy ‘the city of bridges’ already!

PREVIOUSCalpe, summer all year round. 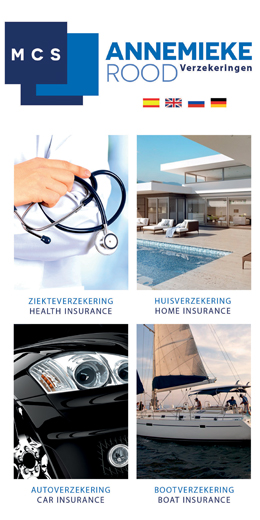